If you're looking for a Magical Girl who resembles the character itself, see Molly Kelley.

Morianna is a Kajiurian from the Magical Molly! Reboot continuity family.

The kind, forgiving, & gentle-hearted Morianna is one of Kajiurians who allies with the Kajiuria Defense Group.

After escaping to Earth (with Homrue and Mikael) while pursuing Arstera, she served as one of the so-called "Contactors", along with Mikael, to turn female humans into "Magical Girls", to fight against Arstera's evil plans.

Many years later, Morianna finally joined as a member of the Kajiuria Defense Group. However, Her kindness can get to Lylia's nerves, & made Seria develop some concerns to her. Despite all of this, she was not entirely a pacifist; Morianna also kept a great courage in her heart, and always ready to help her allies if needed.

She seems to developed some romantic feelings to Mikael. 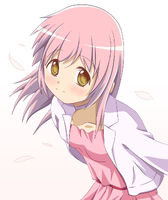 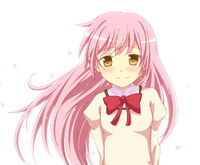 Add a photo to this gallery

Retrieved from "https://puellamagifanon.fandom.com/wiki/Morianna?oldid=13407"
Community content is available under CC-BY-SA unless otherwise noted.